Update: It might be time to upgrade your Mac 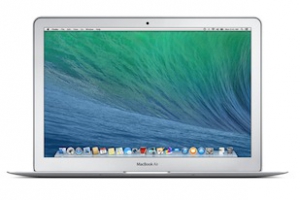 When is the Right Time?

With “Mavericks” finally getting more stable, Apple has released its new OS X “Yosemite” – the tenth version of the operating system named OS Ten (it looks like Apple is done with cat names. They only had one horse name, and have now moved on to parks). It is the only OS that will run on new Macs.

Should you upgrade to Mavericks if you are still on Lion? It depends. OS X 10.8.5 is finally stable, and everything works on it, so now would be a good time to do the upgrade. Adobe, Microsoft, Extensis and others have gotten all the issues worked out and things are working pretty well, but Mavericks OS is a complete re-write and likely will affect software, networking, printing or some other mission-critical thing you need to do. That being said, you need to have a Mac that will eventually run 10.9, so being at 10.8.5 is a great start. There are a number of complicated items involved in the update so contact us and we’ll make sure its done correctly.

The current line of Macs are all very fast, stable and feature-packed. If you have an older Mac, we recommend getting one now. Right now. The MacBook Pros and iMacs were recently updated and are the fastest designer Macs out there. The 15″ Retina MacBook Pro and a 27″ Thunderbolt display are an excellent choice for those who need to take their work on the go.

If you have a lot of apps running at the same time (press command-tab and look at the list). Its convenient, but each of them requires some RAM and hard drive space while its running. OS X takes about 1GB itself, and Photoshop grabs up to 70 percent of the RAM in your Mac when its running, so you can see how quickly it gets used. We recommend no less than 8GB of RAM, and if the Mac will take it, go to 16GB or 32GB. Many Macs even just a couple years old can’t expand to that level, and that reason alone is a good one to upgrade your hardware.

The latest Macs all have the option of either Fusion or SSD hard drives – both of which and far faster than traditional hard drives. Fusion drives combine a fast RAM area with a spinning hard drive, and store the OS and most used apps in that area for quick access. Solid State Disks or Flash Storage are up to 5 times faster than spinning drives. That speed comes at a higher cost however, and SSDs are still far smaller in capacity than spinning drives, so many designers are opting for the 1TB or 3TB Fusion Drives.

We’ll need to custom order new Macs with the features you need as many of them are not easily upgradable after purchase – so adding the faster processor, hard drive and RAM options need to be done day one. Also, the order time on new Macs has been 8-10 days so plan accordingly.

Many people have older font libraries that will need updating to be used properly by the latest OS X and applications. We know a lot about fonts and can assist with that process or take care of it for you. It’s astounding the number of people who do not know how to use font management tools. We can help!

We’ve offered this before, but feel free to send us your System Profile and we’ll determine the best course of action for your existing Mac – upgrade or replacement. Go to the Apple Menu>About this Mac and then System Report. Click File>Save and save the report to your desktop and email to service@centralcoastweb.com.

Enjoy, and Let Us Know If We Can Help With Anything – It’s What We Do.

Tweets by centralcoastmn
Check out Central Coast Solutions on Yelp